CMV: Tattoos are the most glaring red flag of a toxic female 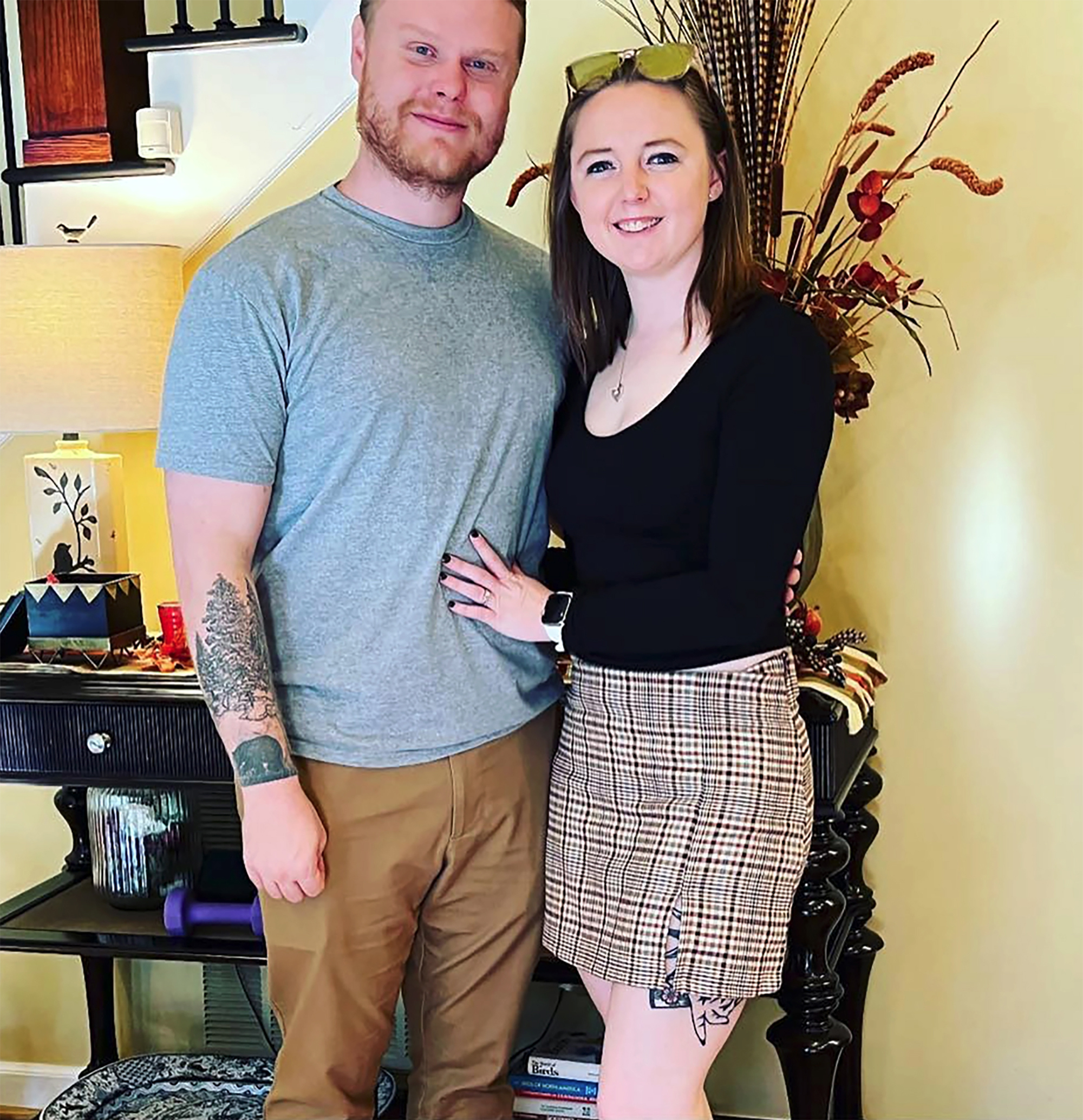 I’ve never had a positive opinion on women with tattoos, but seeing this just strengthened my beliefs against them.

Millennials and Gen Z love tattoos. Since Gen Z is 1997-2012 births, a fair amount of Gen Z'ers still don't have tattoos due to being too young. 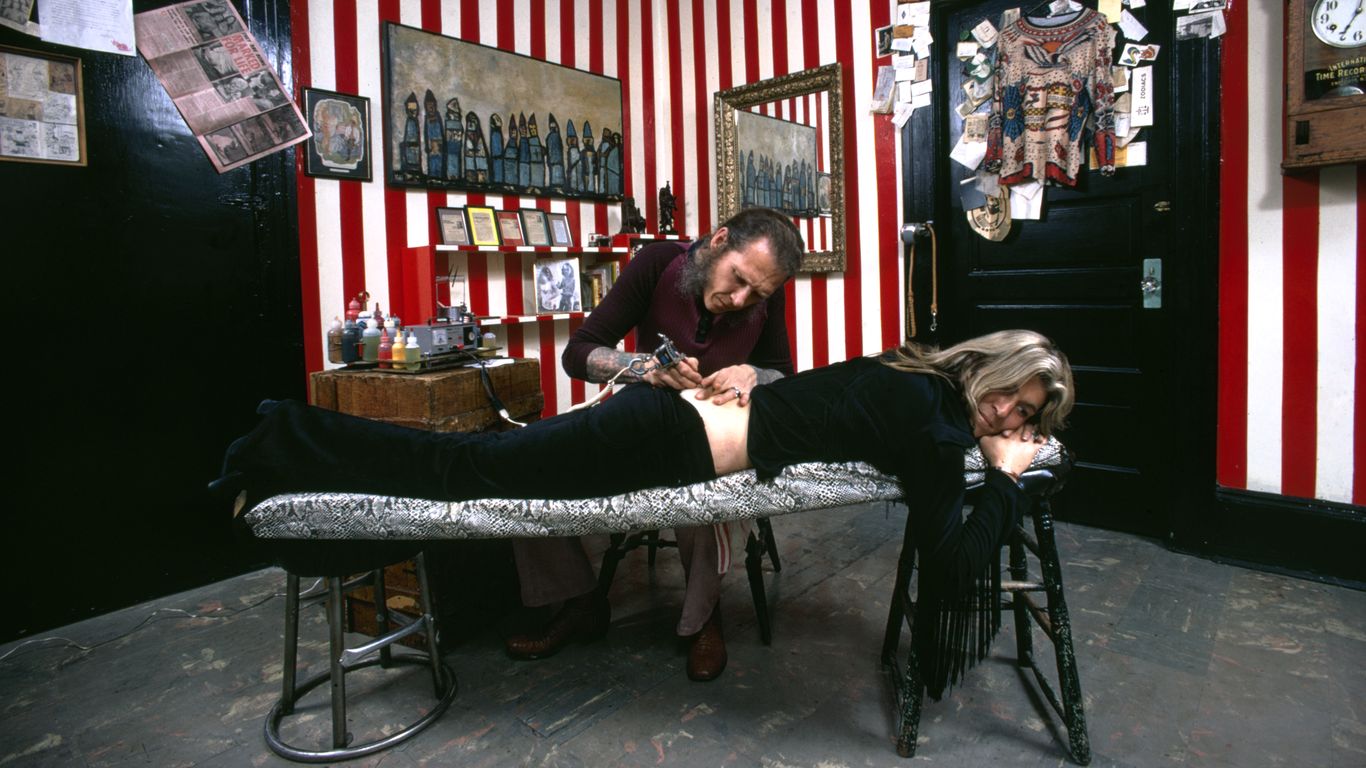 Millennials love tattoos, but their bosses may not

Tattoos may be hurting millennials in the jobs market. 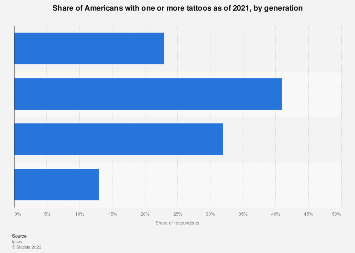 United States: people with at least one tattoo by generation | Statista

According to a recent surveys conducted in the United States, tattoos were common the most among Millennials.

Upper leg tattoos have gotten more fashionable. I'm seeing more and more of them out in public. If you go to a breastaurant or a strip club, you can see tattoo trends well. Hooters used to be strict about tattoos but has become less strict because of the nature of their work force. Twin Peaks has never been too strict about tattoos. Other breastaurants are more like Twin Peaks. 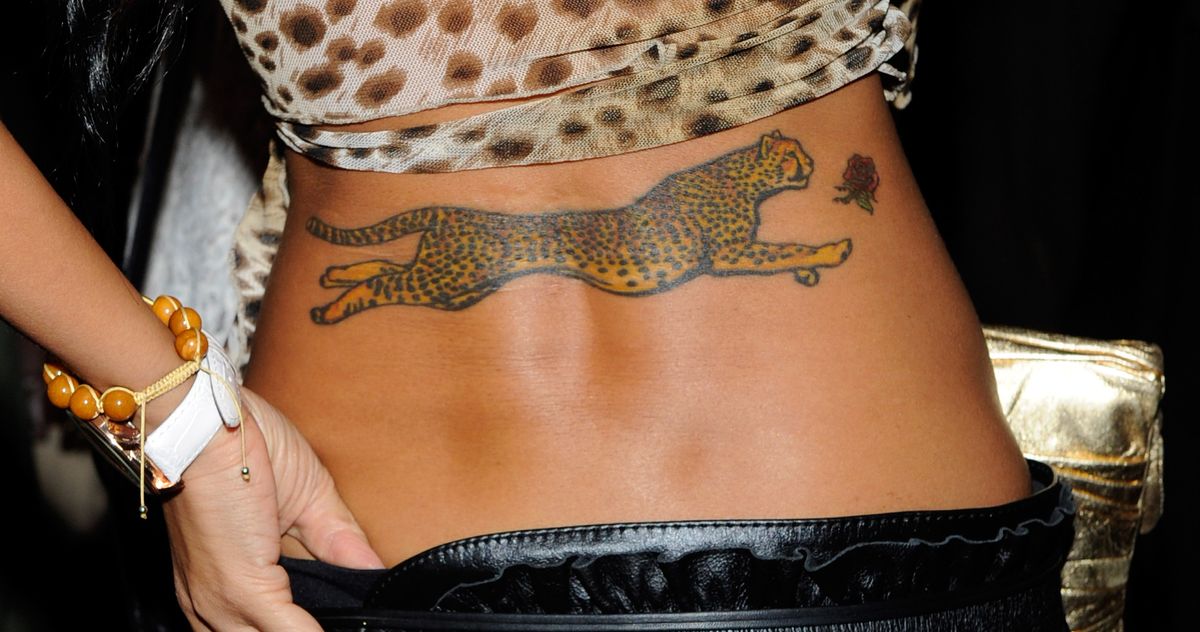 Lower-Back Tattoos Are Back

The “tramp stamp” returns, along with low-rise jeans and Y2K style in general.

If you take this stance on tattoos you will screen out a huge number of women. I suppose if your goal is an LTR then it may make sense. However, if you are just trying to get lays this seems to be overkill. I have dated plenty of women with tattoos that I wouldn't say I could notice any discernible difference from the average female. I think certain types of tattoos certainly can be a red flag though (anything on the face, neck, or head usually means latent issues in my experience).
T

In my opinion... if a woman has an artfully done, thoughtful design... even a partial sleeve or whatever... that's completely different than the women who look like a toddler randomly put stickers all over her body. The latter seems to me to indicate a general dislike of herself and constantly trying to fill the void with random "artwork."

Of course there's the instant thot-detector tattoos. The ribbon bows on the backs of the thighs, the skee-ball table design on her back.

Barrister said:
if you are just trying to get lays this seems to be overkill.
Click to expand...

If you're trying to get lays, women with multiple tattoos, especially visible, will be easier.


Barrister said:
I suppose if your goal is an LTR then it may make sense.
Click to expand...

If you're desiring an LTR, fewer tattoos is better. 2 or less and discreet is a decent rule.

SW15 said:
Millennials and Gen Z love tattoos. Since Gen Z is 1997-2012 births, a fair amount of Gen Z'ers still don't have tattoos due to being too young.
Click to expand...

Barrister said:
f you take this stance on tattoos you will screen out a huge number of women. I suppose if your goal is an LTR then it may make sense. However, if you are just trying to get lays this seems to be overkill.
Click to expand...

Dang I must be extremely lucky because I rarely encounter women with tattoos on my radar. I didn't know this girl had tattoos until she revealed them to me. She wasn't the worst girl I have dated personality wise, but I could just tell she was going to come home to me with a "big" surprise one of these days later down the road.
H

Tattoos definitely correlate with promiscuity. If you're wanting a plate then great, but I wouldn't try to date a heavily tatted chick.
H

threeforfree said:
if a woman has an artfully done, thoughtful design
Click to expand...

I've never had anything but disdain for the entire fad. I've always refused to get them myself, even though I know my perceived SMV in this ridiculous culture would probably jump 2 points if I did.

I'm not opposed to tattoos in principle, provided they aren't too large and there aren't too many of them, as that is just aesthetically ugly. However, I have noticed from personal experience a definite correlation between tattoos and what the OP calls "toxic qualities". This holds true for both genders.

I hate tats on a women period. That said roughly 70% of women in the age demo i'm interested in have them. I'm surprised when a young woman DOESN'T have a tattoo. Chicks getting tats to be "cool" and "counter culture" and so forth crack me up. It is now more counter to culture to not get a tat. You aren't unique with the heart and flowers tattoo that remind of you of your grandma babe.

While I dislike them, they are here to stay and trendy. I no longer see them as red flags necessarily since most young women have them and I don't feel like narrowing down my 'dating' pool. For ltr purposes are they more of a concern? I guess... but i'm not looking to get married so I don't give a rats a** anymore
Eat ass live fast

To me, tastefully designed and discreet is OK but I do look out for chicks with sleeves neck, tattoos or plainly visible ones, and that I know that there are risks associated with the women that have them.
B

I love tattoos on women. Not the nasty ugly looking ones, but the ones that are done by people who have actual skill.
M

One or two is ok. Full sleeve is a bit much.
L

SW15 said:
If you're trying to get lays, women with multiple tattoos, especially visible, will be easier
Click to expand...

Never been my thing, but I sure see a lot out there especially on the 20-30somethings.

When I look at a woman naked, I don't want to be distracted by some tat. I want to be mesmerized by a beautiful body and skin.
You can measure a man’s mental health by his ability to say no to a woman.....Paul Elam

I know multiple women with tattoos well enough to say that they aren't a deal-breaker. And since I have a small one of my own I can only go so far judging them for it.

However... in my experience tattoos correlate directly to craziness. Sometimes it's tolearable, sometimes it's a sign to run.

They literally print their problems on them. Whats to stop them doing it to your mind.

Do facials count as tattoos?
Bobby Caldwell is White


Anti-Hero said:
They’re not tattoos. They’re advertisements on the body paid for by sponsors.