An Egyptian court has sentenced a 25-year-old woman to three years in prison for 'sexually harassing' a monkey in the country's north, state daily Al-Ahram reported Friday.

A court in Mansoura city charged Basma Ahmed with 'inciting debauchery' and 'committing an obscene act in public', a judicial source told the newspaper.

She was arrested in October after a 90-second video of the incident went viral, particularly among young people and students, Al-Ahram said. 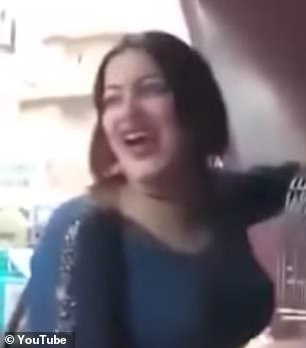 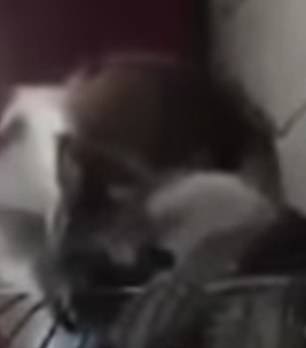 Basma Ahmed was charged with 'inciting debauchery' and 'committing an obscene act in public
The video shows Ahmed laughing while touching the genitals of a monkey at a pet shop in the Nile Delta city and making sexual innuendos as people around her chuckle.

At court she 'confessed... to the incident but said she did not mean to commit an indecent act and that she had been tickling the monkey'.

The video sparked a fierce backlash online in the conservative Muslim country.

Monkey 'Dee' Monkey Do
--
I don't blame women for behaving how they do now. I blame those who STILL expect me to treat the camel toe flaunting, carousel riding, narcissistic ho's like respectable ladies.- LL

"In her statement to prosecutors, the defendant claimed she had not meant to abuse the animal and had been surprised by its reaction."

Part of me feels like a fine would be sufficient. 3 years isn't horrible but I don't know if that much time is required. Surely 6 months would be enough to prevent her from doing it again. However I wonder if a male doing the same thing to a female monkey would've gotten a harsher penalty. It's weird, but she's clearly lying now that she was caught. Ah well, don't spank someone else's monkey and you'll be fine.
Read the 22 Rules for Massive Success with Women. Everything you need to know to become a huge success with women. And it's free!

"Officials said that Ahmed is not a first-time offender and has previously been charged in two other 'public moral' cases."
How to Get Over a Breakup in Just a Few Days
Click the link above then click "Books" on the top menu bar

"Another day, another opportunity to kick life's ass."
Richard Rawlings

Atom Smasher said:
"Officials said that Ahmed is not a first-time offender and has previously been charged in two other 'public moral' cases."
Click to expand...

A repeat offender. The Bill Cosby of the monkeys.
G

Let the Monkeys fvck each other...Never forget my trip to the Cincy Zoo when I was like 12 or 13...one monkey sniffing another one down, then getting in back and mounting it, funny as heyll.

There was plenty of other monkeys there...