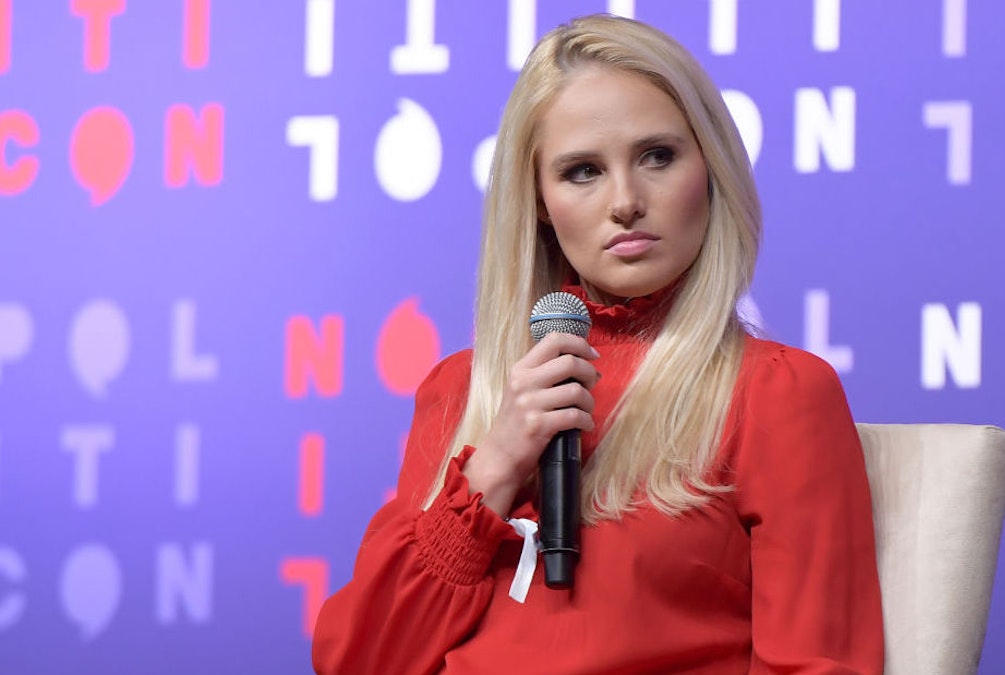 On Monday, political pundit and FOX Nation host Tomi Lahren put out a 14-minute video addressing her and her friends’ issues with men. The segment, prefaced as a helpful guide for men and titled, “PSA for Boyish Men,” stressed that men over the age of 20 from across the country – from Texas, to...

Sounds like she used all her ride tickets on the carousel... Poor little girl
7

Lol at success in what shes talking about is success. That kind of success is trash.

Actually giving your money away to poorer people in secret and being rewarded by God for it in the next life is success. Praying in secret is success. Telling people the gospel is success.

She's a bit ignorant that's the right word for it.

A 1960 ferrari is lower maintenance than her.
B

She's trash herself and her friends sound like stupid arrogant bitches that want respect but have done nothing to earn it. Let's not forget that they chose the guys that they're complaining about.
www.leavethefriendzone.com

Yeah, she thinks being an ambitious career-orientated 28 year old 7, with 3 ex fiances, and a party-girl past is supposed to make her the ideal future mother for some young up-and-comer's future kids.

Tomi doesn't get that whatever drives guys to hook-up with her is insufficient to motivate them to get hitched to her.

She's ill-suited to be a wife and mother for either an accomplished man, or one with the potential she thinks she deserve. Her assets aren't assets for a married woman.
Last edited: Aug 17, 2020

She also wants to be courted by numerous eligible men, who are each devoted single-mindedly to winning her hand. Keep dreaming, sweetheart.
M

I like the YT commentator. Makes some good points.

An ambitious career girl who really wants to get married should neither admit that she's really looking for a husband, nor claim to want a man with his own thing going, and who won't slow her down. Few men want to marry either of those girls. Instead, she should claim to have just not yet met a man who has made her more interested in being a wife and mother than in continuing to pursue her career, but that she isn't completely opposed to the idea, either. That would show men that she really is the traditional girl she pretends to be, or that she could be, for the right man.

These women who assess their value based on the opinions of men they'd never date are morons. When I was a kid, I always thought that girls who expressed unreciprocated sexual interest in me were a pain in the asss, not an ego boost. What a dipshiit she is.
Last edited: Aug 17, 2020
A

Roober said:
Sounds like she used all her ride tickets on the carousel... Poor little girl
Click to expand...

She is the poster child for what is wrong with American women these days.

ShePays said:
She also wants to be courted by numerous eligible men, who are each devoted single-mindedly to winning her hand. Keep dreaming, sweetheart.
Click to expand...

If they know her history Itll be pump and dump
L

She's stupid for posting this publicly as there will be tons of guys reading this and playing nice guy to rage fvck her and pump and dump her.

A lot of guys are trash is because a lot of gals are entitled.

One gal that I had a convo with after we matched told me that more guys should be chivalrous and I responded by saying more girls should be less entitled for that to happen. She didn't know what to say to that. LOL

mrgoodstuff said:
If they know her history Itll be pump and dump
Click to expand...

She complains that men start ghosting her, after 4 or 5 hookups. Who's fault is that?

She got caught up in the latest "Fashion" (and still thinks she's "smart"), so boo hoo.
To be able to bang a chick and not have the lux car & house but better than avg looks attitude confidence and the expert use of your mouth to lead is The ultimate pleasure attribute of a mans man

Augustus_McCrae said:
She is the poster child for what is wrong with American women these days.

Well, the main thing wrong with American woman are that THEY ARE TOO MANY FAT AND CHILD-LADEN ONES, but she certainly makes the case about the hot, childless and career-oriented ones.

She looks great from the ribs up, but below the ribs, it's not quite as good. If I were a Chad, I could see only considering her as a FB.

Banned from Tinder and PoF!
B

She should go to the supermarket and see who buys the bread that is about to expire tomorrow. Then walk up to them and say "hi, I'm Tomi Lahren"
www.leavethefriendzone.com
B

I found the perfect boyfriend for her:

if we got along as friends I would like her to lick my *** of another girls face. But I wouldn't be her cup of tea because I'm not goal driven in a sense of having 10 million bucks. I don't think shes my cup of tea either because I don't want a pet.
You must log in or register to reply here.
Share:
Facebook Twitter Reddit Pinterest Tumblr WhatsApp Email Link