Three days earlier, when ADT wasn't reporting much of anything, a series of computerized trading alerts derived from the algorithms of Bloomberg Automated Intelligence (BAI) revealed insiders' unmistakable handiwork:

-- On July 29, the frequency of people searching for articles about ADT and reading them exceeded the most recent 30-day average.

-- The same day, ADT rose 6.3% via trades 90% more numerous than the 20-day average and when its weekly gain until that point was 4.1%. ADT competitors closed with an average decline of 2.6%.

All of this activity means investors, who were informed enough to buy ADT at $7.91 a share before the BAI alerts, could sell the stock at $17.21 on the news of the Google stake in ADT. The return was 118%, or the equivalent of turning $1 million into $2.8 million in four days.
Click to expand... 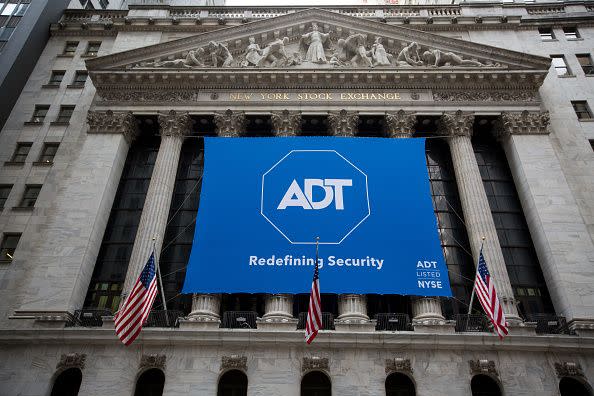 Insider Trading Is Rife With No Regulators in Sight

(Bloomberg Opinion) -- At 6 a.m. on Aug. 3, Google bought a 6.6% stake in ADT Inc., the largest U.S. home security company, for $450 million. ADT appreciated 100% as soon as the stock market opened. But the headlines detailing the transaction weren't a total surprise because more than a few people

finance.yahoo.com
In addition, because Google just bought a large stake in ADT, ADT will be spying in your homes now if they already aren't doing it!
Last edited: Aug 31, 2020
To be able to bang a chick and not have the lux car & house but better than avg looks attitude confidence and the expert use of your mouth to lead is The ultimate pleasure attribute of a mans man