In what occasion do you find using violence appropriate?

i don’t advocate violence, but I’m curious about your thoughts. Violence in regard to men not women.

Only as self-defense of oneself, home, and immediate family (wife, mother, sister, daughter). No exceptions.
OLD Text and Phone Game

DonBig said:
i don’t advocate violence, but I’m curious about your thoughts. Violence in regard to men not women.
Click to expand...

Physical violence, I 100 % agree with post above me. Run- fu and de -escalation is always best.

Verbal violence on the other hand might be necessary sometimes to get other men in line( i think of ;tough love among brothers/ close friends who are failing , military, workplace where there the stakes are high).

But that's just my observation during my life, and in my culture violence is (unfortunately) just a tool to make people commit if neccessary .

Optional, anytime you are challenged or provoked; provided that this is someone around your same height and age. Behaving like a bully, should never be an option
--Checkmate-- (leaving on a high-note after playing mental chess with a forum member).

Violence is acceptable if all other means of preventing abuse fail.

Better to be a warrior in a garden than a gardener in a war.

Took an oath of non-violence after the sandbox. That means not that I am not capable of it, but that I will not initiate it. I will, however, in certain circumstances, when I come across it, end it with extreme prejudice. 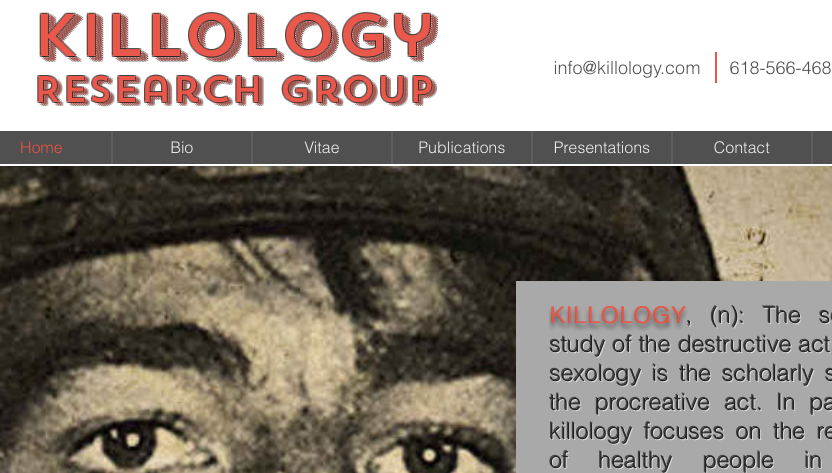 Violence is a currency and you better be able to make a withdrawl when the time comes.

Maybe you should ask Will Smith

When your government turns democidal.
Upon penalty of bingo, forum serfs must swear fealty to thy lord Moody.

Happy to escalate a situation to violence, it’s what helps me sleep at night.

Nearly went to prison at 21 for fighting (did 9 months of tag/ankle bracelet) so I calmed down a lot.

I was called “aggressive” by a feminist pvssy woman because a guy barged into her on our date and I confronted him.

I’m sorry but I have boundaries, I’m not a bully, but I also secretly enjoy confrontation and violence when I’m aggrieved or affronted. Otherwise I feel like a pvssy and will be up at night thinking.

Violence is glorified by many, my experience is those who have glorified it endlessly are the ones that fall apart when the **** hits the fan.

it’s all cool to be OG, until you have to actually do OG stuff.

We live in a society where you aren't allowed to just attack/assault someone simply because you don't like something they did or said. You do that and you end up in jail, sued, have a criminal record and no one will hire you.

For those who think things would be better if everyone was legally allowed to assault anyone they wanted: I'm sure you feel morally justified by whatever it was that made you angry enough to attack someone but everyone has different morals and triggers..... what if a guy felt that you even glancing at his girl before you saw she was with him was grounds for a serious beating and he was a lot bigger than you? Are you good with getting beat up regularly any time someone bigger/tougher than you makes the decision to do it?

The wisest situation for yourself is to avoid physical violence whenever you can because of the risks involved. This means not creating confrontations, and it means de-escalating when someone confronts you. This does not mean being a door-mat out of fear of confrontation. Just like with women, you should express and communicate your boundaries to others who violate them. For example, if you are in a bar and a guy keeps bumping into you repeatedly or a guy hits on your GF in front of you, you should ask him to stop. Generally you should be polite about it - depending on the situation, and because you might be misreading what is happening. Most people will stop if asked. If they don't comply, you have two options, walk away (which is usually the best option in a case like this where you aren't being physically threatened), or if their actions morph into a physical threat then you defend yourself.

In some states, in order to justify defending yourself, you have to prove that you couldn't just leave or walk away from a situation. In other states with stand your ground laws, you only have to prove that you had reasonable cause to feel in physical danger. And the amount of force you are able to use in self defense varies as well - some states allow you to use a lot more physical force to protect yourself than others (force used must be comparable to threat).

A person doesn't have to hit you (or try to) for it to be assault. "Simple Assault" can be defined as someone harassing you, getting in your face, following you and not stopping after you tell them clearly to stop, getting close to you after you tell them to keep their distance, putting their hand on you in any way that could be attributed as aggressive or escalating, (pushing on your chest, poking you with their finger, putting their arm around your shoulder when you didn't invite it etc). In these cases, or in the case of a more obvious and direct physical threat I would absolutely use violence to defend myself. If they haven't yet swung at me, I would try to maintain distance while I give them one warning about what will happen if they come any closer, and if they ignore that, they are going to find themselves on the ground really quickly, pinned down, and possibly choked or get an arm broken depending on their size and actions.

Murk said:
Happy to escalate a situation to violence, it’s what helps me sleep at night.

Nearly went to prison at 21 for fighting (did 9 months of tag/ankle bracelet) so I calmed down a lot.

I was called “aggressive” by a feminist pvssy woman because a guy barged into her on our date and I confronted him.

I’m sorry but I have boundaries, I’m not a bully, but I also secretly enjoy confrontation and violence when I’m aggrieved or affronted. Otherwise I feel like a pvssy and will be up at night thinking.
Click to expand...

In my younger years I was prone to violence, I get it guys. In other words : “ah, yeah I remember when I had my first beer too”.

There are ways to asset your masculinity without resorting to violence, if you get assaulted as a result then you are well justified to neutralize the attacker, but not more. Overwhelming force is not a good way to go about it. But be careful as you walk out of the venue where the dude openly hit on your date and you reacted. Situational awareness is key.

I believe in Natural Law, not to be confused with the law of nature but as taught by Mark Passio. This tells me all I need to know about violence.

I've been in three LTRs prior to my current, and all three of my ex's assertively/ aggressively confronted men who were blatantly hitting on me. I kinda liked it (at the time), made me think he was strong, masculine and protective.

One time, one of my ex's got the shyt beaten out of him because of it, which I did NOT like, but anyway, nowadays, I think it depends.

If my life or his (or family member) were in danger, then absolutely violence would be necessary. It's called self-defense.

But in a bar or club where dude is hitting on your girl or messing with you, said guy is looking for you to react, he's probably had one too many and looking for a fight.

In that case, be the bigger man, don't react and walk away rolling eyes.

Similar to ignoring someone which is like the worst insult. No reaction at all, ignore, show indifference to it.

DonBig said:
i don’t advocate violence, but I’m curious about your thoughts. Violence in regard to men not women.
Click to expand...

Spy, soldier, police, self defense, defending a buddy of your if fight or if your girl, kids, family is threatened somehow.

TonyJ78 said:
I believe in Natural Law, not to be confused with the law of nature but as taught by Mark Passio. This tells me all I need to know about violence.
Click to expand...

Dude this is excellent information. I suggest everyone here understand these concepts.
M

I’m sorry but you guys saying violence only to defend yourself have never been in a fight. You let an aggressive guy step in your face and you will never see the uppercut/headbutt/hook coming. You will wake up dazed, in pain on the floor, embarrassed and believe me you don’t get a chance to defend yourself if someone gets the jump on you.

Stop this nonsense let’s talk in real terms and experiences not theory. I’ve been jumped/attacked and it’s instilled a strike first mentality, I grew up with the “let them hit first” mentality and growing up in inner city London (a sh!thole) it’s just asking to be eaten alive.
You must log in or register to reply here.
Share:
Facebook Twitter Reddit Pinterest Tumblr WhatsApp Email Link