Do you guys fear death?

No. Not really. Don’t relish the idea of it hurting. None of us gets out alive.

Maximus Optimus said:
I am terrified of death. The thought of not existing scares me unlike anything else.
Click to expand...

I suppose we all are. I heard Kevin Samuels talk about a man placing parameters around what he holds most precious to him (family, wife, kids etc). Ones willingness to go out on his ****ing shield. 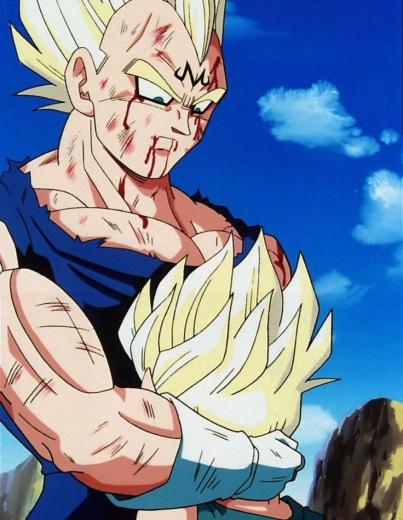 I remember seeing this as a kid. Right in the feels.

Maybe more relatable now knowing that this is not likely something I will experience. That something worthy risking myself for.

After more then a decade of game and cold approach pickup, I have never been willing to stake current and future earning. I've met cool chick's and women I let things run its course. I've never been one to risk my life over or consider a family with.

Op I meditate and explore consciousness. several heroic doses of mushrooms or a dmt trip. I'm faced with a death. Tibetan book of the dead talks ego deaths and bardos. several times it felt like a death and being born again. Similarly, I will fast and meditate but at the point of entering a breakthrough, the fear of God is cast over you. YouTube JRE Mike Tyson. He talks about the fear. It's terrifying. It's enlightening. And then you fallback. My ego kicks off. I'm not thrilled by the dumpster fire SMP women nor the culture and soy boy cucks. Exploring consciousness turns down the volume. Puts my ego in check. temporarily. I'm human. I relapse. Back in a cuckoldry world. girl power. Feminism. proud single mom's. sloot gonna sloot. Divorce rape. child custody. And a number of ****ery from Vax to scamdemic.

About due for another trip lulz!

The finite elements of life and the fear of death is to be met with URGENCY. It's precious cause we have this one life to live. The hero's journey is in living it and pursuing that which gives it all meaning as well as something worth dying for. Happy hunting.
D

Machine10033 said:
I used to... in my teens and early 20’s the world was amazing and possibilities are endless. The thought of leaving terrified me... at 40 things narrow and doors start to close. I am sure as I get older and older... friends will pass on, energy will fade, strength will decline and all that’s eventually left is the memories of what was.... so when that comes I will look forward to leaving my meat suit and progressing to my next story. Already there are so many souls I cannot wait to see again even if it might be brief. For now... making those memories to carry me thru my old Age is important.
Click to expand...

I watched a Ram Dass doc. I later learned he died shortly after. He lost most of his health and mobility. he had a terrible stroke. The guy looked high on life. If enlightenment was a real thing, I think he found it. I'm sure living out your days like this is terrifying and yet this guy owned it. I am working on enjoying the moment yet making moves. It's not easy.
You must log in or register to reply here.
Share:
Facebook Twitter Reddit Pinterest Tumblr WhatsApp Email Link